Marisela is mixed and mastered! 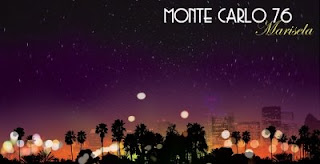 Finally, after so many delays, Monte Carlo 76's next album Marisela is mixed and mastered. You can hear the first single Mesmerize on our new website. Alberto Lopez and Alex Painter did a great job mixing it and Joel Soyffer did the mastering.

Another huge part of this project was the production skills of Quetzal Flores and Martha Gonzalez of Quetzal fame. Without changing the basic framework of the tunes they helped to bring out something extra that made a body of music I was already proud of even better. Someone else that spent as much time as anyone on the album was Cesar Mejia of the the Shelter Studios who did 99% of the tracking, with Alberto making important contributions to some tracks as well.

Next up, producing the physical package. With the way CDs are selling these days it's going to be a minimal first run, with the focus on digital distribution supplemented by gigging and other creative means of promotion.

Also remember to come out to see us at East Side Luv on November 13. We should have something by then!
Posted by Unknown at 6:44 AM